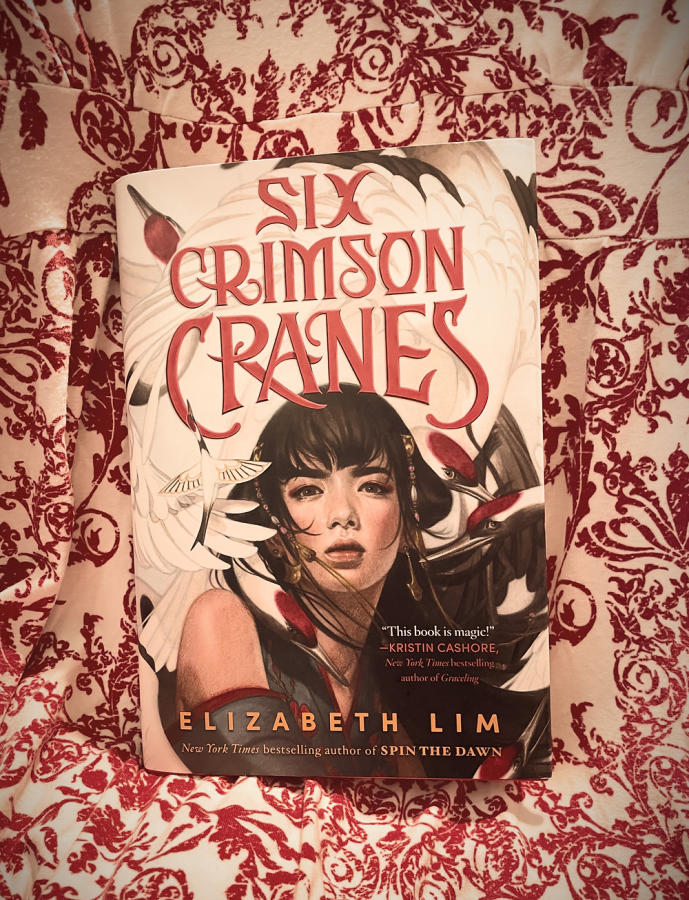 Six Crimson Cranes by Elizabeth Lim is a novel perfect for any bookworm looking for their next favorite ongoing series. Six Crimson Cranes by Elizabeth Lim follows Shiori, a princess harboring forbidden magical abilities. During an attempt to escape from her betrothed, she reveals her magic to her stepmother, in response, her stepmother turns her brothers into cranes. Additionally, each time she utters a sound one of her brothers will be killed. Without her voice and alone, Shiori must find a way to break her curse and save her homeland without getting anyone killed.

This is a story of compassion, friendship, and risks. Lim emerges the reader in a world of adventure without making the features unbelievable. The sequel will be released on August 30, 2022, and will pick up with the conclusion of the novel. Six Crimson Cranes is set in the same world as her previous series, Spin the Dawn, but does not follow the same storyline or characters.

Six Crimson Cranes is an enticing read that will leave readers on the edge of their seats until the release of the squeal and is overall a great option for any readers looking for their next book.