Most Anticipated Albums of 2021 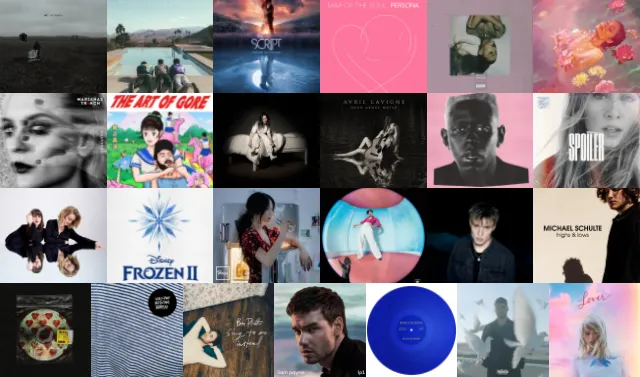 Good riddance to 2020! With 2021 arriving and with a return to some degree of normalcy, the time has finally come for many artists to gear up and release their long-delayed albums. In fact, we’ve all been looking forward to 2021, as many prominent figures in the music industry have announced their albums set to release this year. Here are some of the most anticipated albums that we’ve all been waiting for.

First and foremost, after a long pause of 5 years, Adele has finally announced that she will be releasing an album in 2021. Indicative of this fact is an Instagram post made by Adele in 2020, where she says, “Peace out till next year.” Although no more information has been revealed, we can all expect that an album might finally be on the horizon.

Drake, on the other hand, previously announced in August 2020 that his new album, “Certified Lover Boy,” was set to release this year. As Drake, himself, revealed, his sixth studio album is “Being chef’d” and is finally on the verge of releasing.

It has been almost 5 years since Frank Ocean released his last album “Blonde.” Ever since then, people have been speculating about the release date of his new album. I am here to tell you that it seems that the time has finally come for Frank to release one of the most anticipated albums of our decade.

Another highly anticipated album is that of J. Cole, “The Fall Off.” Although the rapper was supposed to release this album in 2020, he has finally announced that “The Fall Off” will be released this year. After a great success achieved by his most recent album, KOD, J. Cole has actually announced that he will be releasing three albums in total in 2021, and sadly, they might be his last.

After a disruption caused by the death of her dog, Lorde has finally revealed that an album might be on the verge of releasing. Through some posts on social media, the artist seemed to be teasing her third album, hence, we can all expect that it might finally release in 2021.

It’s been a few years since Rihanna released some music. Finally, in December 2020, the artist in fact revealed that she plans on taking her music to a different level. Although in 2018 the artist insisted that she was working on an album that was supposed to release in 2019, nothing has yet to be released. We are all waiting for you to release the album, Rihanna!

After his 2018 Grammy-nominated album, “Astroworld,” Travis Scott has been teasing that his fourth studio album is on the way. “Utopia,” was finally confirmed through the rapper’s social media on October 5th, 2020. Allegedly, the album will feature artists such as Don Toliver, The Weeknd, Roddy Ricch, and more.

Needless to say, we are all looking forward to listening to these albums, and hopefully, we actually get to watch them being performed live in person.