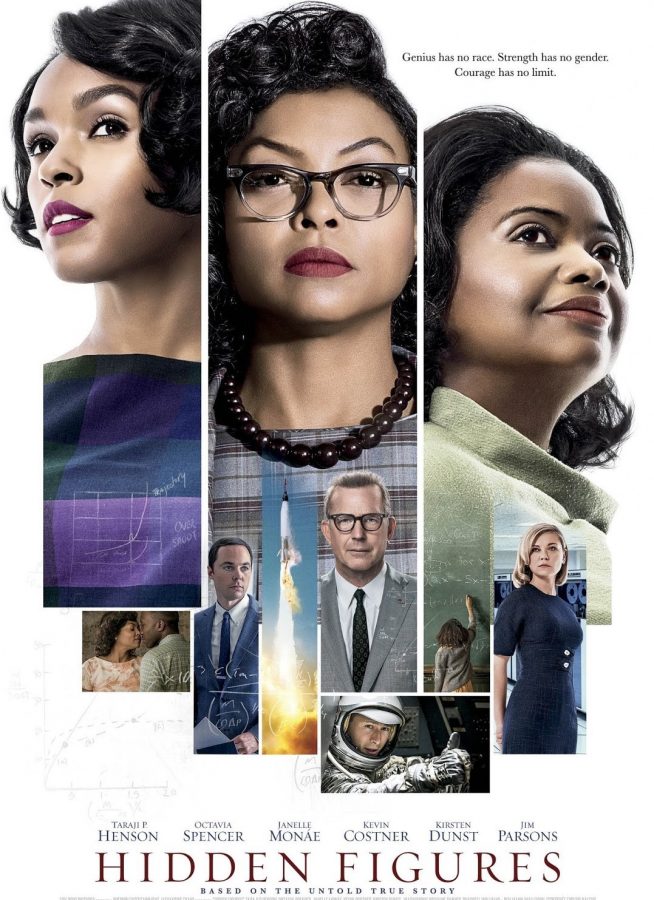 Hidden Figures was a film that released in 2016 and was directed by Theodore Melfi.  Melfi has directed other notable movies as well, such as St. Vincent, Going in Style, and Bed & Breakfast. The movie’s plot was centered on three historical women: Katherine Johnson, Dorothy Vaughan, and Mary Jackson, all of whom worked for NASA’s Space Shuttle Program. The program used to go by the name of The National Advisory Committee for Aeronautics (NACA).  NACA was composed of groups of women who were hired as “computers” — people who calculated by hand the data and mathematics used by NASA.  Due to segregation, these women highlighted in the film faced many hardships, yet they overcame them in the end through hard work and perseverance.

After graduating from West Virginia State College, Katherine Johnson took up a career as a schoolteacher for some time.  Katherine later gave up teaching and started working for the West Area Computing section at Langley Memorial Aeronautical Laboratory.  When she first started working, she used data from test flights.  A few of her math equations were then used in a lecture called Notes on Space Technology.  Those lectures were then given to engineers, who composed the Space Task Group.  Katherine performed analyses for the Freedom 7 mission in 1961 and again for the orbital mission in 1962.  Besides computing, she co-authored 26 research reports.

Dorothy Vaughan joined Langley after starting her career as a math teacher.  In 1949, Dorothy became the first African American NACA supervisor and ensured that her employees received raises and promotions for the underappreciated work that they had been tasked with.  Once NACA shifted to NASA, it launched an analysis and computation division.  Dorothy was one of the best programmers in FORTRAN (an early computer language) and contributed to SCOUT (Solid Controlled Orbital Utility Test), which was a satellite-launching rocket.

Mary Jackson graduated from the Hampton Institute in Mathematics and Physical Science with a Bachelor of Science degree.  When working at the West Area Computing section, she became involved in flight experiments and wind tunnels, extracting data from tests in order to help build parts for future launches and missions.  Jackson was also known for helping other women with their careers and being a source of solid advice in the field. Mary was at NACA and NASA for 30 years.  She was an engineer but decided after all those years to become an equal opportunity specialist to help women and minorities.  She helped a great deal of people in being promoted to higher positions in their places of work, many of whom becoming supervisors or managers.

Hidden Figures was truly inspiring.  The movie helped popularize and bring to life the underappreciated and untold stories of three strong black women whose work was essential to the Apollo missions. The story proved and reinforced that no matter one’s color or gender, everyone can reach for the stars and have a phenomenal impact on the world.  The actresses who play Katherine, Dorothy, and Mary also were able to depict their characters and the events and conflicts at NASA very well.  There were parts in the movie where I was outraged when their characters were constantly underestimated in their skill or were talked down to, despite being praised as some of the most crucial people at NASA in retrospect. I was ecstatic at the end because these women finally received the recognition they deserved after overcoming countless barriers in their path — and the executives at NASA respected them.  I definitely recommend this movie because it will change your perspective of how you treat others and is an inspiring tale of how three women were able to fight against the social oppression of the time.