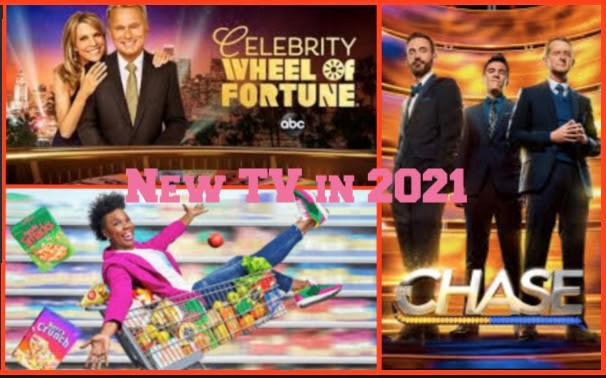 During the pandemic, many people have been forced to stay home. Many television producers have become very creative during their time of isolation. Now that 2021 has arrived new shows were released to bring in the new year. My family and I have added some of these new shows to our list of favorites during this time.

Game shows have been very exciting in 2021. Some familiar shows were brought back and some brand new shows were introduced. The Chase is a show that was brought back but with an exciting twist. Rather than facing “The Trivia Beast”, contestants get to face one of the three Jeopardy! champions. Contestants try to “bank” as much money as they can by answering trivia questions. The Chaser is also answering questions and the contestants have to get more answers correct than the Chaser.

Moreover, another show that was brought back is Supermarket Sweep. Leslie Jones hosts this show and the goal is for each pair of contestants to fill their carts with the most expensive groceries. This show is definitely interesting to watch because it is very similar to what shoppers do on Black Friday.

Finally, The Hustler, a brand new game show, was released this year. In this game, there is a group of contestants that have to answer trivia questions but what they don’t know is that one of the contestants is “The Hustler”. The other contestants need to find out who “The Hustler” is and eliminate them in order to win the game. This game is very similar to Among Us, a very popular video game.

Even celebrities have been bored during isolation. Many celebrities stepped out of their comfort zone and appeared on The Masked Dancer, a new show that is based on The Masked Singer. In The Masked Dancer, the celebrity panel of judges tries to put vague clues together to try and find out who is dancing on the stage in front of them. A few celebrities have been unmasked, and I was surprised to see who was dancing on stage. Additionally, Celebrity Wheel of Fortune made its debut. The game is simple- celebrities play on behalf of charities to help food banks that are struggling throughout the country.

Aside from game shows, there are also some new series that have been released this year. One of my favorites, Call Me Kat was released recently. This show is based on a British show called Miranda. Mayim Bialik stars as the main character, who spends all of her savings to open a cat cafe. There were a lot of negative reviews about the show because fans claim that it was unoriginal and too similar to the British version. I enjoyed the first few episodes because of all the cats. Overall, 2021 has proven to be an exciting year for TV, since so many shows were brought back and created!