$10,000 Sneakers Spotted at the Presidential Inauguration? 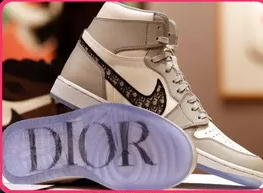 A picture taken at the Inauguration that has been circling through social media reveals someone wearing a pair of $10,000 Air Jordan 1 sneakers made in collaboration with Dior. In fact, this sneaker completely stole the show – at least in the sneaker world – as many people on social media were trying to find out who was wearing them. After doing some research and analyzing, people over social media found out that the person who was wearing these ridiculously expensive sneakers was Kamala Harris’ nephew-in-law – Nikolas Ajagu – who is married to Kamala Harris’ niece, Meena.

In the process of wearing the Jordans, Ajagu’s choice of donning an extremely rare pair of sneakers at the inauguration impressed many all while marking a new milestone for the sneaker culture. By the same token, many people were also upset at the ridiculous amount of money that was spent on his pair of sneakers. During the economic crisis caused by the COVID-19 pandemic, many U.S. citizens are struggling to get by financially – let alone have the means to splurge on a pair of shoes costing thousands of dollars. Thus, seeing this pair of sneakers at the Inauguration was unsettling to some people, and is being interpreted as “out of touch” by many, others see it simply as a fashion statement.